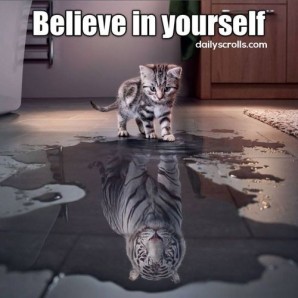 I’ve not been around for a couple of weeks and I’m sure you’ve all enjoyed the peace and quite … but guess what?! it’s not because I’m injured (woo-hoo), it’s not because I can’t be bothered, it’s not even anything to do with that Beast from the East .. no siree. I have been concentrating on plodding. I know right?! It even surprised me, but when you receive an email from the MK Marathon people kindly reminding you that there’s only 8 weeks left until the big day (which means only 6 weeks left before the ‘other’ big day in London) you start to go into this whole ‘fight or flight’ mode. My head has been swinging backwards and forward from “I’m gonna defer, I’m too old for this s**t” to “Hell yeah! let’s do this” and back again to sobs of “OMG why?!!” with a bit of “WTF am I doing?” thrown in for good measure. But fear not .. my mentor tells me I have time, that I can still do this and that I’m ‘kind of’ on plan, nothing that a little bit of consistency, effort and determination wouldn’t fix…. apparently! So I sit myself down at the kitchen table with my magnum sized bottle of wine and start to review my training plan.

The Vitality Big Half – London

If there’s one thing that’s going to get me out the door consistently, its having an organised event to train for….. and you really can’t get much bigger or much better than the inaugural Vitality Big Half Marathon held in London. Wow!, just wow … from the atmosphere, to the crowds, to the Portaloo’s not flushing, to running past Mo Farah, to running through a tunnel with cries of “oggy-oggy-oggy” reverberating off the walls, to running over the dreaded cobbles, and to running across that amazing piece of architecture otherwise known as Tower Bridge, it was all just very “wow” – there are no other more eloquent words to describe it… just … WOW!

Now I’ve never really had a race plan as such, as you all know I deem myself to be a bit of plodder and getting to the finish line both upright and alive, is as much planning as I can do, however this time, whilst I may not have had a plan, I certainly had a purpose! and that purpose was to get to the finish line without stopping to walk, stopping at a pub, or calling a taxi. This run was all about me pulling my s**t together, putting all the injuries and all the negative thoughts behind me once and for all. So breaking all the rules and armed with my brand new trainers fresh out the box and some gels I’d never tried before, I was determined to be a rebel without a clue and just plod all the way to that god damn finish line. No one was more surprised than me when I achieved this AND knocked 3 minutes off my previous Half Marathon time … and well over a week later, I’m still surprised. So surprised in fact that I signed up for the MK Festival of Running half marathon the following weekend just to make sure it wasn’t a fluke!!

For me, there’s nothing better than running on your own home turf so on Mothers Day, when most mothers have children who want to lavish them with gifts, burnt offerings that constitute a breakfast and a nice lay in, my kids had me up at 4.30 am and threw rice krispies around the kitchen before being carted off to their dads for the day. This freed up their worn out old mum to partake in yet another “long training run with bling” alongside circa 7-8000 other equally crazy mums and dads who all had the same goal as me ….. running to escape the kids for a couple of hours!

The MK Festival of running includes a 5k, a 10k, the Half Marathon and a 20 mile route and whilst the course wasn’t as ‘wow-evoking’ as London, the scenery around the route was delightful …. in a mixed up, confused kinda way. One minute you were running the roads, the next you’d veered off into a housing estate and find yourself on a narrow trail path you never knew existed, then all of a sudden you were plodding around Willen Lake, then onto the Redways with it’s under underpasses (sadly there was a severe lack of “oggy-oggy-oggy’s”) and bright yellow posts, or bollards depending on which part of the country you were from. Finally you ended up for a short time, on a tow path next to the canal before you took a final right turn over the canal bridge and headed towards the dreaded Beacon Hill in Campbell Park for the last mile or so’s climb to the finish.

From around mile 5 through to mile 8 I found myself sandwiched between 2 lovely chaps who were both surprised and a little taken back with the beautiful scenery Milton Keynes has to offer. I’ll be honest, I was a little over whelmed, possibly slightly perplexed but definitely proud to say that I live here and despite that brutal climb at mile 12 all the way to the finish I also managed to repeat my performance from London and take yet another 4 minutes off that London half time… yey! go me.

So with my confidence suitably restored, I took a quick look at how everyone else had done … after all …. We are the Redway Runners, our very own Green Army Family, this was OUR patch, we OWNED those Redways and my god it turned out to be an amazing day for everyone! Friends completing their first half’s or 10k’s, people from this years beginners group running their first official 5k, my amazing mentor adding on an additional 6 miles to his half distance, and my very own chief cheerleader and hero, who continues to amaze and surprise me on a daily basis with his stubbornness and determination, got himself a sub 2 hour PB. Everyone had a story behind their day, but more than that, everyone had a goal they wanted to achieve, and on Mother’s day 2018 they all achieved.

As always with long runs, there are things we learn as we go, for me there are a couple of things that I can take away from these 2 races.

So with these lessons firmly stuck in my head, I start to plan out my next long run for this Sunday. Out go the Half Marathon’s and in comes the Oakley 20! 20 miles of ‘undulating’ scenery to be run in under 4 hours and the best news yet?? … The Beast from the East is meant to be joining us and bringing with it wind, rain, sleet, snow, probably some ice and certainly temperatures below freezing……

Until next time – keep plodding

One thought on “A Tale of 2 Half’s (Marathons)”