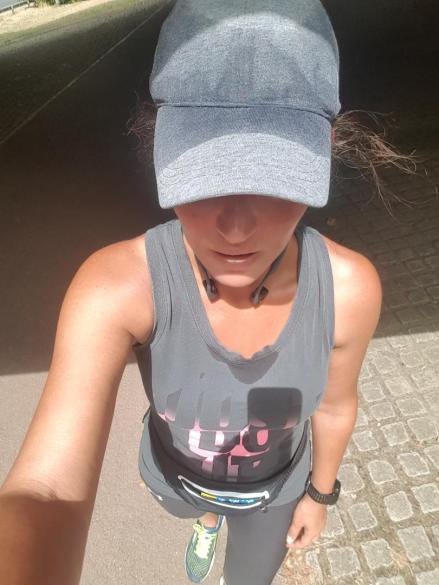 No I haven’t disappeared off to a small Spanish village somewhere, hell I haven’t even ventured outside of Milton Keynes for a fair few months but why the radio silence I hear (…a very small handful of…) you ask?

Well quite frankly, (and I’m not one to self-diagnose) I think I have a hangover …. not, unfortunately, of the alcoholic variety, although I’m sure that could quite easily be arranged.  I genuinely believe I have whats known as a Post-Marathon hangover … and this discovery is very upsetting for someone who’s blog has the word ‘runs’ in it, heck, it even has the word ‘savage’ in but that also appears to have fallen by the wayside too, which leaves me with just ‘mum’ <gulp>

So! what’s happened? I hear you ask with mild trepidation, perhaps a little bit of anticipation, maybe a little bit of concern, but definitely wanting to know for the gossip right?  Well I can confirm that nothing has happened, yep that’s right … nothing, nada, zip, zilch, sod all and therein lies the problem.

Eleven months …. count ’em .. 11 long, hard, tough months of constantly pounding the streets day in, day out, in all weathers with one single aim of completing 26.2 miles (twice in 2 weeks may I remind you) has left me with a hangover. Months spent getting high on tempo runs, feeling euphoric during intervals and dizzy with pride on long runs and then hitting the highest of high’s during marathon season, to all of a sudden never wanting to lace up my trainers again .. which is akin to getting p1**ed and never wanting to touch a drop again. We’ve all been there right? …. no? … just me? … I’ll get my coat 😦

So what’s a gal to do, to get back into this whole running malarky again? Well she books a whole heap of “end of season” runs of course! So! coming up in the last 5 months of 2018 I shall be donning my green T once more and running:

And that little lot will complete the epic year that has been 2018 and of course, I’ll be telling you guys all about it as I go, so look away now if you’re done with me.